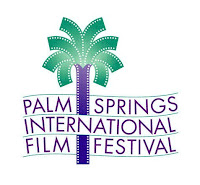 In 2002, I had the opportunity to visit the Sundance Film Festival, where I ran into actors, film directors, and producers on the crowded streets. Sundance was magical, vibrant, and almost surreal. I envisioned a similar ambience at the Palm Springs International Film Festival (PSIFF), held this year from January 5th to the 18th, but was disappointed to find an almost empty city, save for numerous elderly couples, vacant real estate, and cacti lying lazily throughout the desert floor. What the festival lacked in ambience, however, it made up for it in the quality of its featured films. Here is a brief summary of the five movies I saw there:

1) Kimjongilia (South Korea/USA): The film draws its name from the rarefied flower and reveals the extraordinary stories told by survivors of North Korea’s vast prison camps, of devastating famine, and of every kind of repression. Their experiences are interspersed with archival footage of North Korean propaganda films and original scenes that illuminate the contours of daily life for a people whose every action is monitored and whose every thought could bring official retribution.*

MY RESPONSE: Nothing is more disturbing than the way governments and high-ranking individuals can and do abuse their power. The separation and destruction of families caused by Kim Il Sung and his son Kim Jong Il has devastated most of North Korea. The first-hand testimonies of escapees shook my existence while educating me on a history, until then, unknown. The documentary is a perfect blend of history and real-life drama.

2) Letters to Father Jacob (Finland): Leila is a life sentence prisoner who has just been pardoned. When she is released from prison, she is offered a job at a secluded parsonage; she moves there against her will. Leila is used to taking care only of herself, so she experiences conflicting feelings when she starts working as the personal assistant for Jacob, the blind pastor living in the parsonage. 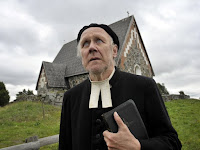 Every day, the mail man brings letters from people asking for help from Pastor Jacob. Answering the letters is Jacob´s life mission, while Leila thinks it´s useless. Leila has already decided to leave the parsonage when the letters suddenly stop coming. Jacob´s life is shaken to its foundation. Two completely different lives are intertwined unexpectedly, and the roles of the helper and the one being helped  are turned upside down.

MY RESPONSE: The story is as simple and captivating as the countryside it takes place in. The drama unfolds with the help of three main characters and short dialogue; nothing in this film drags on nor is excessive. What captivated me the most was the climax, which unfolds in an astonishing manner and propels two of the film’s central themes: the power of mercy and forgiveness.

3) London River (UK/France/Algeria): A tough but tender drama of two strangers discovering a common destiny. As they seek their missing children in the wake of the 2005 London terror attack, a piece of evidence unites them in a way neither could ever imagine and helps surmount racial and cultural misunderstanding.

MY RESPONSE: As someone who is interested in Middle Eastern history and culture, this film impacted me directly because it challenges my aim to reach out to others…The film focuses on the movement of humans over linguistic, geographic, and idealistic boundaries. Its perspective of modern-day London as a culturally diverse and troubled city can stand in for that of other major European and American cities (e.g., Madrid, Paris, New York). Moreover, the film proposes that tragedies sometimes force communities to learn more about each another. One may look at the recent earthquake in Haiti as one such example.

4) Camino (Spain): tells the heartbreaking story of a young Catholic girl who, after being diagnosed with cancer, is chosen by the controversial Opus Dei as their living martyr.*

MY RESPONSE: This is a complex film that makes use of multiple styles (surrealism, mystery, thriller, animation, etc.) to carry out its message or critique of Opus Dei, the dogmatic Catholic lay organization founded in Spain. At times, Camino attempts to be objective, even pragmatic. At other times it fails. Take, for example, the last scene:

Camino lies on her hospital bed dying, surrounded by her mother, sister and priests; she begins to speak as if communicating with “the other world,” but Camino - the director suggests - is actually “communicating” with her classmates and Jesús, the boy she’s in love with, in another part of town. In other words, Camino is “talking” to Jesús, but the priests think she is talking with Jesus. The scene mocks the devoutly Catholic mother, sister and priests who consider Camino a martyr.

Despite its personal views, the film delivers imagination, humor, powerful performances, and – if anything else – controversy. It is a powerful film and I am glad I saw it.
Visit the website: * http://www.caminolapelicula.com/

5) Sons of Cuba (UK/Cuba): this documentary follows the stories of three young hopefuls through eight dramatic months of training and schooling as they prepare for the biggest event of their lives: Cuba's National Boxing Championship. During the season, crisis strikes: Fidel Castro, the boy’s leader and inspiration, is taken ill, and all of Cuba's Olympic boxing champions defect to the USA, leaving the boys contemplating a future which is altogether different from the one they have been taught to believe in.

MY RESPONSE: The spirit of Cuba’s people is bigger than the island itself. Historically, Cubans have fought against slavery, Colonialism, and Imperialism. As inheritors of their country’s Revolución, Cristian, Junior, and Santos work hard to ensure they rightfully represent Cuba, architect of the world’s top athletes. I was moved by the boys’ spirit to realize their dreams in the face of 4 a.m. workouts, strict diets, and growing up away from home. It is definitely their strength and determination that earns them the title: Sons of Cuba.