When I found out Khaled Hosseini was going to appear at UCLA Live in the fall of 2009 to talk about his novel The Kite Runner and the respective film adaptation, I quickly picked up a copy of the novel at a nearby bookstore. I had already gotten through three chapters when I found out Hosseini had cancelled his appearance, for reasons yet unknown. Of course I was disappointed, but also satisfied because I had already fallen in love with his extraordinary story.

The Kite Runner is a story about ethnic and class discrimination, the power of literacy and challenges of illiteracy; relationships between fathers and sons, the definition of what it means to be a man, the destructive power of sin and the force of redemption; violence and the consequences of inaction, the richness of Afghan traditions, discrimination between Pashtuns and Hazaras, and how the Taliban has destroyed a once vibrant and youthful community.

The Kite Runner is written in the first-person, told through the experiences of Amir. He is also the story’s narrator and protagonist. There were moments when I felt I was riding on Amir’s wings, floating through his childhood adventures. Amir also exposed me to an Afghan culture I knew little about.

There were also moments in the story when I became concerned, even enraged with Amir’s choices. One such case was during Hassan’s rape, where Amir remains stagnant. In the DVD’s Film Commentary, Hosseini indicates that Hassan’s rape represents Russia’s forceful invasion of Afghanistan; Amir, at this moment of the story, represents the world community that stood by and watched the invasion without doing anything about it.

The other striking moment in the story is when Amir provokes Hassan and Ali’s renunciation. Amir’s guilt is so strong, he’s reminded of it every time he sees Hassan and so chooses to get rid of him by falsely insinuating Hassan stole his watch. Amir attempts to push his guilt far away, but is eventually compelled to face and reconcile with his past at the end of the novel.

The Kite Runner is a powerful story. Though many writers employ the first-person narrative, few dominate the technique as Hosseini does. I hope Hosseini continues to write more wonderful novels and, Insha'allah, have the opportunity to listen to him in person. 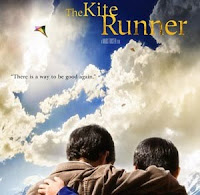 Here is a taste of The Kite Runner:

“I loved wintertime in Kabul. I loved it for the soft pattering of snow against my window at night, for the way fresh snow crunched under my black rubber boots, for the warmth of the cast-iron stove as the wind screeched through the yards, the streets. But mostly because, as the trees froze and ice sheathed the roads, the chill between Baba and me thawed a little. And the reason for that was the kites. Baba and I lived in the same house, but in different spheres of existence. Kites were the one paper-thin slice of intersection between those spheres.” (Page. 43) 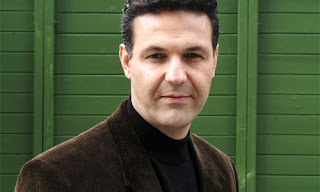