February 16, 2012
There are many things one can say about “The Tree of Life”. This is a film that will ignite a different reaction from each viewer because each will bring to it one’s own philosophy on life and religion. There are also many technical aspects about the film I found interesting: the setting, the cinematography, the wardrobe, and the acting.

The setting: the neighborhood where the O’Brien family lived is peaceful, it’s an open space with tall trees and wide, green front lawns. It has a sense of innocence. More than a neighborhood, though, it is a community. One can see this after the death of R.L., when neighbors gather around the family on the front lawn and walk together on the street.

The wardrobe - The style is that of the 1950’s, a time in American history when clothing worn by men and women in suburbs had become casual and comfortable, yet remained elegant. The characters in the film are dressed in simple colors that again, are found in nature. The patterns on the clothes consist of simple, solid tones, checkered and flower prints, all which compliment the character’s mood.

The acting - is, at times, fierce as the bubbling lava in one scene and as subtle as the breeze that sweeps through the trees. Every emotion is contained within the film, no character ever forces his or her actions, nor “steals a scene”. No character is more important than the other and the actors are aware of this because they don’t make their characters do anything that is strange or deliver dialogue in an inappropriate tone. This is a strong ensemble cast.

The idea of this film is to show that everything is connected: humans to nature, death to life, nature to grace, grace to pain, love to pain, pain to nature, humans to the universe, humans to God, God to love, The Beginning to The End. The film is like a dream, and yet very much true to life. This is “The Tree of Life”.    - Edgar Avendano 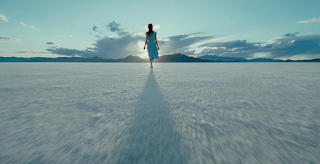 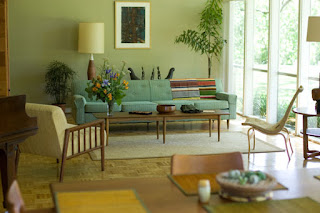 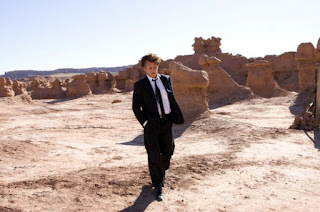 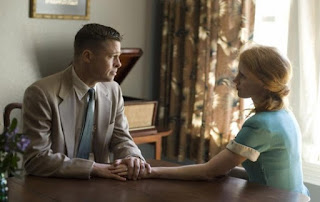