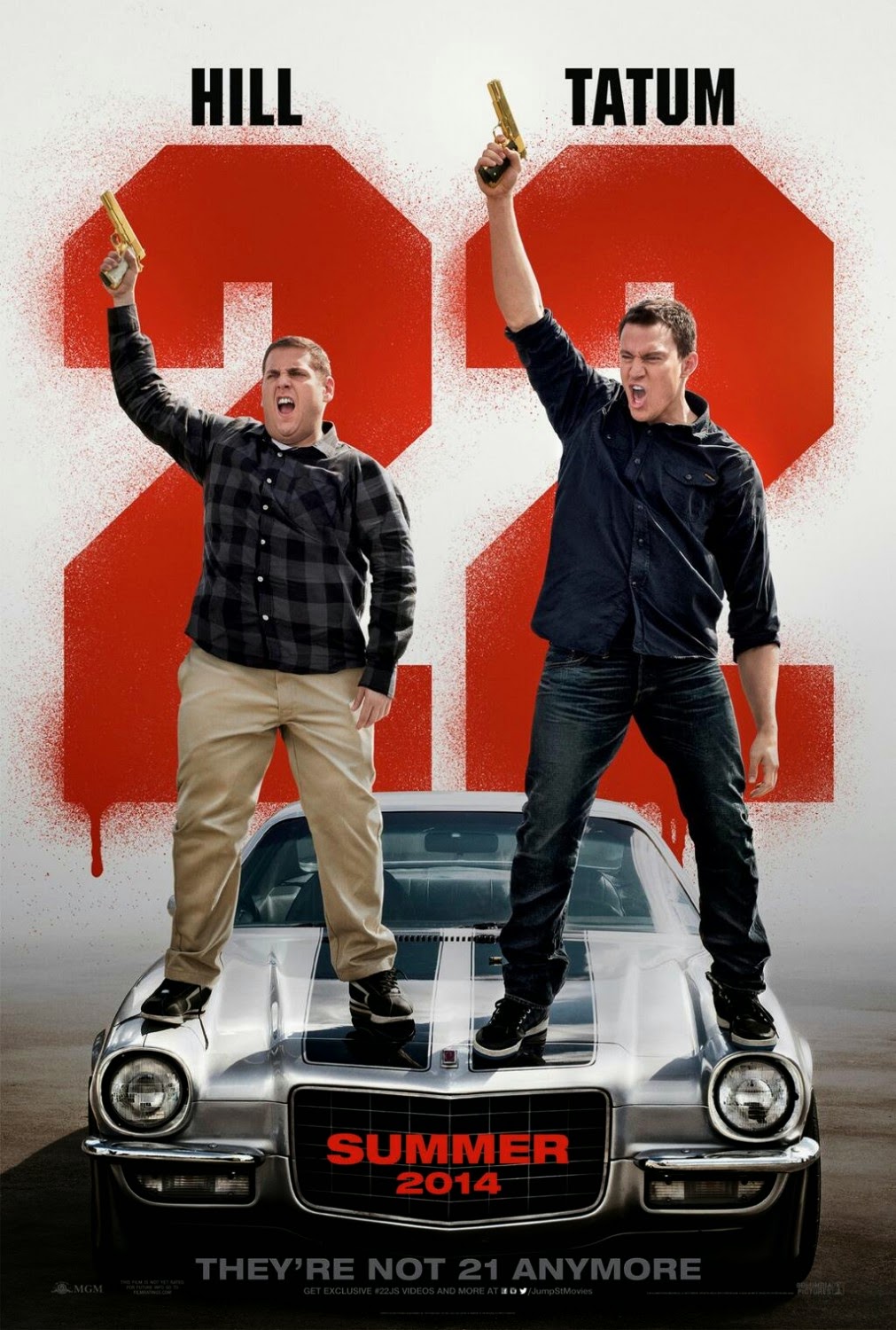 Alright, alright call me crazy, but I just have to put this idea out there. When I saw the movie poster to the movie "22 Jump Street" the first thing that popped into my head was the recent Isla Vista killings. Ok, let me explain: a couple of weeks ago, a 22-year-old college student named Rodger Elliot shot and killed 7 people near UC Santa Barbara. He reportedly drove to various areas to carry out the killings. So, in the poster to the recent film, the combination of the “22” and the actors standing on a car with guns flying in the air seemed….strange – at least to me. Am I being over-sensitive? Over-analytical? Maybe.

I do think it’s strange, though, that situations like these where a real-life tragedy mirrors a recent film or song have occurred many times before. For example, remember the 2012 Aurora shooting where James Eagan Holmes shot 12 people in a movie theatre on the opening night of “The Dark Knight”? It turns out that at the same time, theatres were running a movie trailer for “Gangster Squad” which included a scene "in which gunmen open fire behind a movie screen into an unsuspecting audience”*.

There are reports that in some theatres, the trailer to "Gangster Squad" played before the screening of “The Dark Knight” the night of the shooting. The trailer to ‘Squad’ was later pulled from theatres. "Gansgter Squad" was then edited to remove the scene with the theatre-killing. The film was released at a later time.

Also, remember the Ke$ha song “Die Young”? It was at the top of the Billboard music charts at the same time Adam Lanza went into Sandy Hook Elementary and shot 20 children. The song was later pulled from the radio in some areas of the United States.

I don’t know exactly where to place these events, but I just think it’s more than a coincidence. Perhaps we need to think more about the “entertainment” we create and what we consume. Or then again, I could just be over-analytical or over-sensitive after all.