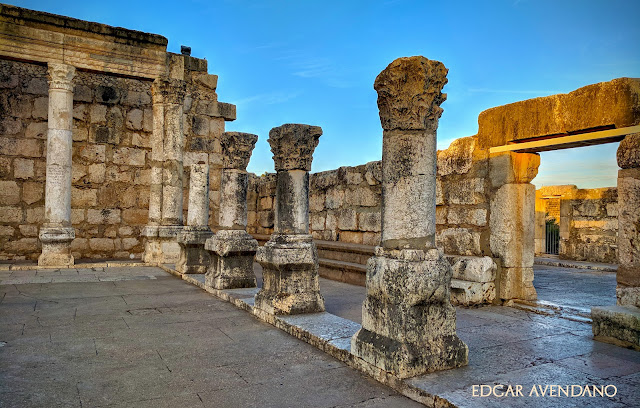 One of the pilgrimages that has really changed my life has been the one I did to the Holy Land in October of 2017. I was hired as videographer to accompany a group pilgrims from Los Angeles. My main focus was to document the reactions of the people I was traveling with and make sure the cameras and all of the technical equipment was prepared and working every single day.

I don’t quite remember when we actually arrived in Israel because I was so involved in the technical aspect of the trip. After a few days of running around from one holy site to the other, we visited the Holy Sepulcher where Jesus Christ is believed to have been crucified and buried. There was heavy rain the entire morning; I held an umbrella in one hand and, walking backwards recorded the pilgrims as they prayed through the Way of the Cross. I personally prayed that I wouldn’t slip somewhere; I had to get the perfect shot. These pilgrims were depending on me, after all, to provide them with memories they could share with their family and friends back home. For most of them, Jerusalem is the one place they have been waiting their whole life to visit.

Somewhere early in the evening I was exhausted. I hadn’t gotten more than a few hours of sleep each night since I arrived in Israel and all I wanted was to take off the three backpacks hanging on my restless corpse, take a warm bath, drink a glass of wine and knock out dead on my hotel bed – but that wouldn’t happen for another seven hours. So I stood firm, took pictures, recorded video, and tried not to get upset that all of my camera equipment was getting wet.

Before walking into the Holy Sepulcher, an Orthodox monk wagged his finger at me and pointed at my camera; recording was prohibited inside. Fine with me, I could finally rest my arms and enjoy the scenery. The inside of the sepulcher was dark and cold. Long, brown- colored wax candles were lit along the corners of the room; they looked as if they had been burning for centuries. A couple of monks guided the hundreds of pilgrims into Christ’s tomb; we had about fifteen seconds to pray and get out.

Then we climbed a flight of concrete stairs to the site of the crucifixion. Blue and gold- colored icons adorned the ceiling and walls of the upper room; Saint Peter, Saint Paul and the Holy Virgin Mary looked down upon us as we made our way to the shrine were the Holy Cross is believed to have been erected on that Good Friday; my encounter with the hole in the ground where the blessed wood stood lasted three seconds and I had to make room for the next person in line. I removed a handkerchief from one of my backpacks and rubbed it on the rock where it is believed that the body of Christ was placed when he was brought down from the Cross and prepared for burial; a soothing oil seems to miraculously seep from the stone.

The whole experience – the Way of the Cross, Christ’s tomb, the site of the Crucifixion, the Unction Stone – came to focus that day. I couldn’t help but realize that the rain came on the exact day that we had planned to experience Jesus’ Passion; the setting for the drama of the Crucifixion was well-staged, indeed. Even though I was not “one of the pilgrims” and only a videographer on an assignment, that did not stop me from being moved by the experiences that others were having. I, myself was moved by visiting the Sepulcher. I realized, not that I was a pilgrim then, but that I am one always. We are all pilgrims in this world, on our way to heaven; for most of us, heaven is the pilgrimage site we will have waited our whole life to visit.  By Latinofilmmaker